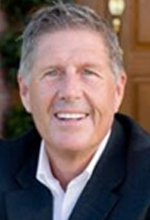 Randy Alonso is a career Pastor. He currently serves as Pastor of Development and Strategic Partnerships for Lineage Church in Cocoa, FL.. He first traveled to Israel in 2001 and from that point forward became an advocate for the land of Israel and the Jewish people. He has regularly hosted biblical tours to Israel because he felt God calling him to help others experience the Holy Land and grow in their understanding of the Hebraic roots of their faith. He is a Senior National Representative for Bridges for Peace; a Jerusalem based ministry building relationships between Christians and Jews worldwide. He is also a BFP-USA Board member since 2004. In addition to those responsibilities he has served as President of the International Ministerial Fellowship (2011-17), representing thirteen hundred Pastors, Missionaries, Chaplains, and Ministry Leaders worldwide. He is also a Certified Coach, Trainer, and Speaker for the John Maxwell Team and regularly works with Business professionals in leadership development. He holds a Doctor of Divinity degree from Master’s International University of Divinity and has been an ordained Pastor since 1981. He is married to his wife D’anae of forty-two years and has two adult children in full-time ministry. Their son Ryan, is Lead Pastor of Lineage Church in Cocoa, Fl.. Their daughter M’Lisa, resides in Pasadena CA., and is a Worship Leader.

Ron Wexler is the principal owner of Heritage Study Programs, Inc., an educational organization (established in 1984) based in Florida and Israel. Ron is also the director of the Poland Jewish Heritage Peoplehood Program for Jewish Life & Culture. In addition to being the brainchild and president of the Judeo-Christian D.C. initiative—Ten Commandments Commission, a non-profit organization 501(c) formed in the spring of 2005.

Ron was born and educated in Israel, and has served in the Israel Defense Force during the Six-Day War of 1967 and the Yom Kippur War of 1973. His Yeshiva studies (Rabbinical School), and later on his research work on early Christianity, provided him with a unique perspective on Jewish and Christian issues. He is internationally known for his extensive projects and teachings that promote unity and reconciliation among Jews and Gentiles.

Ron produces special thematic events and productions associated with the Judeo-Christian calendar. These events include biblical re-enactments (dramas) performed on location in Israel. In 1994, Ron produced and reinstated the Feast of Pentecost celebrations which are now official annual events supported by the Municipality of Jerusalem and the Government of Israel Tourist Office.

His vision of unity, harmony, and reconciliation among Jews and Gentiles has received the blessings of the international religious community. Through Ron's efforts, thousands have been touched with a new appreciation, respect, and tolerance for the differences in the way people observe their faiths